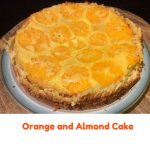 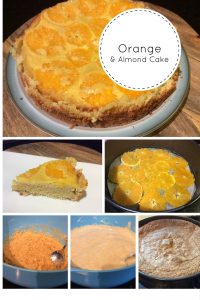 This Orange and Almond cake was inspired by a recent trip to Majorca / Mallorca. The cake is based on Mallorcan classic almond cake. The classic cake is normally served with almond ice cream or cream. We had it a few times on our trip. I have given it an extra Spanish twist by making it as an upside down orange cake. With the addition of the oranges it is tasty enough to have it on its own. This cake is gluten free and without the butter orange topping would also be lactose free. If you want the taste of sunshine give it a try.